Interpretation as a source of encounters in GesĂ¤use NP

For the first time, interpretive talks were part of the summer programme of GesĂ¤use National Park (Austria). They were found to be a good way to start conversations with visitors who highly appreciated the new offer.

Why do people travel? One of the most important reasons might be curiosity to discover something new and unknown. The desire for authentic experiences can be seen as an intrinsic component of this curiosity. Encounters between national park rangers and tourists can provide authentic holiday experiences. Rangers know the region, can give first-hand information and their unusual job fascinates people. In this way, ranger programmes became an essential part of national parks.

In 2017, interpretive talks were offered within the event programme for the first time in GesĂ¤use National Park. The talks took place twice a day at the Willow Dome visitor centre in July and August, the months with the highest visitation. The Willow Dome is a comprehensive information and recreation area situated in the heart of the national park. Apart from the willow dome itself, people can discover a walk-in ecological footprint, explore the fascinating world of water organisms in research workshops or walk on several themed paths.

The interpretive talks were carried out by the Willow Dome staff who are responsible for all programmes at the visitor centre, the little national park shop as well as visitor information. Topic selection was a difficult issue at this multifaceted place. Eventually, visitors could choose between eating and being eaten in the pond, the fight for survival of a willow, the life in a bee colony and the fate of a hazard tree. The interpretive talks were advertised in the event programme as well as on some boards on site. They were described as ten-minute guided tours and were free of charge.

The feedback from the visitors was very positive. A lot of visitors expressed that they would not have noticed the things they had been shown without the talks, such as the dragonfly larva in the pond or the â€śdancingâ€ť bee in the hive. Often, the interpretive talks were the starting point for longer conversations between rangers and visitors who took the chance to ask questions associated with the national park. Questions they probably would not have asked at the info point. In this way, the interpretive talks became sources of valuable encounters for both visitors and rangers.

However, only comparably few visitors actively came to the talks. The vast majority had to be invited personally on site. A problem might be that this format is not common in Austria yet. An event of around ten minutes could seem too short to the visitors. But also the environment of the Willow Dome itself might be a reason. There are a lot of things that people can do on their own that might prevent them from participating in a programme. Even if participation is a point that still needs to be worked on, the interpretive talks were found to be a good opportunity to bring people closer to the national park and thus should be maintained.

Frederick Manck studied biology and environmental management of mountain areas. In 2017 he worked half a year as a seasonal employee in the field of environmental education at the Willow Dome visitor centre of GesĂ¤use National Park (www.nationalpark.co.at). You can get in touch with him at: frederick.manck@yahoo.de.

To cite this article:
Manck, Frederick (2017) â€Interpretation as a source of encounters in GesĂ¤use NPâ€. In Interpret Europe Newsletter 4-2017, 18. 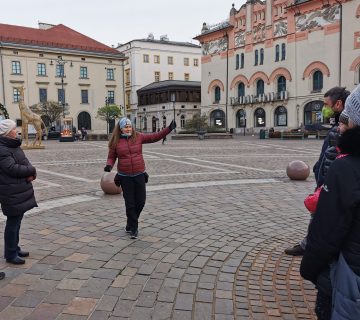 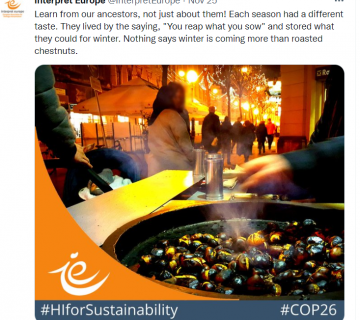 Have you ever played catch with a hyperobject?