Fresh green grass, colourful flowers, a silent river, amazing mountains and seven highly motivated participants at the CIG training in the centre of Austria.
But it’s a really isolated centre and not so easy to reach by public transport. Even from Germany, I would say it’s like a trip around the world. That’s why Thorsten – our trainer – was running late. He missed the connection train in Linz (having made it successfully to Austria). And if you miss one train, then you possibly can’t reach the next connection and the next connection and so on.
But we were lucky. Due to the location at the headquarter of the National Park GesĂ¤use, Markus could start the training as planned and Thorsten stepped in a little later.
I already knew some of the participants because we had attend the training for National Park Rangers together. But two of the participants came from Vienna and these two young ladies brought a different point of view into the group. One of them, Melanie, already had lots of experience in cultural heritage education, because she works in a museum. The mix of the group was diverse and we could learn from our colleagues as well as from Thorsten and Markus.
Due to the small group – only five of us – we had enough time to practice and for feedback as well. So, every one of us had the chance to try our interpretation again, and again and again. And Thorsten and Markus didn’t get tired of watching, listening and giving feedback most of the day.
The first couple of days were spent outside in nature – the perfect habitat for National Park Rangers-to-be. There I felt more comfortable and secure than on the day of cultural interpretation. But even there – in my usual workplace – I learned so much. I was overwhelmed at how differently I started to look at nature. In pairs, we focused on one natural phenomenon. Benjamin and I chose a half-dead tree. The amazing thing of this exercise for me was, that just after one hour the question popped up, which tree this could be. After one hour focusing on one tree. At this point I deeply realised what interpretation means.
We then spent a day at the museum of the Admont Abbey, which was a huge challenge for me. We had to do an interpretation tour in an exhibition full of â€ždead itemsâ€ś. There was nothing to touch, nothing moving, nothing that makes a noise (except a dead lion). But I was surprised how interesting and diverse a usual â€ždon’t touchâ€ś exhibition could get, when you fill it with emotions and meanings. I started enjoying the exhibition.
On the fifth day – the day of our exams – we all were pretty nervous and excited. But by the end of the day we were just happy. Happy holding our CIG certificates in our hands. Happy to become part of the CIG family.
Johanna Eisank is in charge of the National Park GesĂ¤use partner schools and partner kindergartens. She can be contacted at: johanna.eisank@nationalpark.co.at
To cite this article:
Eisank, Johanna (2017) â€CIG Training at National Park GesĂ¤useâ€. In Interpret Eu-rope Newsletter 2-2017, 12-13.
Available online:
www.interpret-europe.net/fileadmin/Documents/publications/Newsletters/ie-newsletter_2017-2_summer.pdf 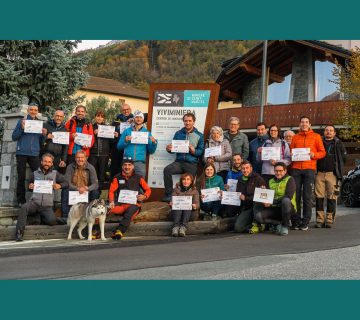 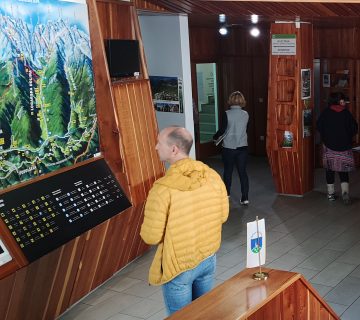 Heritage of Solčava at the centre of the planning course 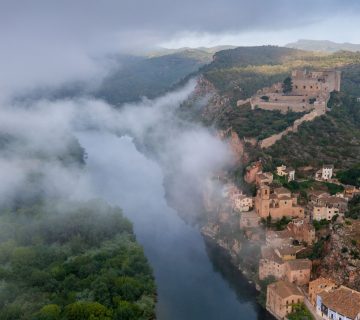