Dancing with the wind – while interpreting – in ChiloĂ©

On a mid-August Sunday afternoon, late winter in the southern hemisphere, we set out from Puerto Varas to ChiloĂ©. A small group of nature lovers, happy to be out of urban areas where the landscape is shaped by cement.

ChiloĂ© Island is located 1,100km south of Santiago de Chile, in the Los Lagos region, and it is the fifth largest island in South America, the largest being Tierra del Fuego at the tip of the continent, another 3,300km further south. Here, the Andes Mountains and the Humboldt Current create the weather, which challenged his group of naturalist guides who were happy to be outdoors and, for a change, to be students rather than leaders. Evarist March Sarlat, our IE trainer and captain for a week, was about to shake up our guiding skills and make us re-think the way we share knowledge and nature with our clients.

We arrived at the Caleta de PuĂ±ihuil during the late afternoon, each of us settling down in our assigned wood-cabin, as per the instructions of Raffaele Di Biase, the organiser of the training. He owns Birds Chile, a bird-watching and naturalist tour operator working out of Puerto Varas in the Los Lagos region. Together with Evarist, he developed this event that aimed to improve the local guiding skills and overall quality of travellers’ experiences in the region.

The week-long training was one of discovery. Our assumptions on how to convey a message were uprooted as we needed to re-think our communication techniques. Do not narrate, do not give a conference and much less a monologueâ€¦instead engage the audience and make them feel, wonder, explore, seek, be curious and dive into nature to learn from within.

By mid-week we were diving into new ways of engaging our audience. We sat in a classroom drinking hot tea and huddled by the fire. Winter winds rocked the wooden building to a point we thought it might fly off carrying our group of 20 guides inside it! Despite the weather, we went outside, walked on rocky beaches and on trails full of moss and ferns and the road to self-improvement twisted ahead of us, still out of our grasp.

On one day, a group of guides led an exercise where we had to visualise the way the small animals that live in the Valdivian Temperate Forest use the foliage as protection, and increasingly have to deal with encroaching environmental devastation. None of us will ever forget the animals that live in this place; we were one with them, at least for a while.

Another guide showed the fascinating nalca or pangue (Gunnera tinctoria) – a plant as old as life and that, in spite of its unfriendly looks, how crucial it is to the Chilote culture. Its huge, spiky leaves are used to cook the curanto, a typical Chilote food prepared with seafood and meats, and the stems of the plant produce a dye for wool.

We also talked with mushrooms, stood strong like the trees, understood the feelings of a migrating bird, and felt in our hearts how this beautiful and extreme land formed the untamed soul of the Huilliche people, the original inhabitants of ChiloĂ©.

After two stormy days, with Pacific winds so strong that all vegetation growing on exposed areas was moulded into an eternal arch, we finally saw the light. The sun came out and our minds realised that, from now on, our guiding will be entwined forever with the subtle tricks of interpretation.

Ana Ines Figueroa owns an active travel company operating in the north of Argentina and the Andes Mountains. She is a trainer in the adventure travel industry, specialising in product development for local communities blending conservation and social responsibility tools. She can be contacted at: ana@adventure-landscape.com 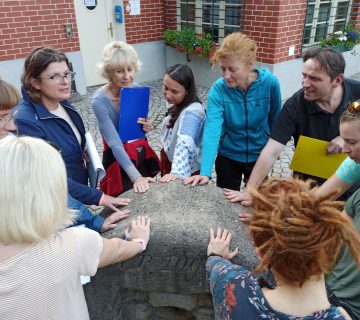 Development of heritage interpretation skills within the V4 countries

Optimism is a strategy for making a better future 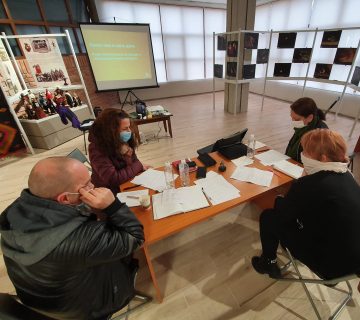