IntoAlbania: A new perspective on Albania 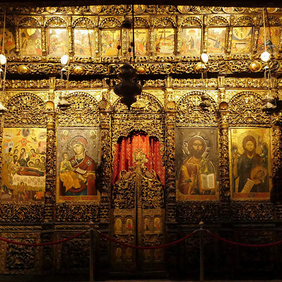 ‘To the unlearned tourist, indeed, Albania is a puzzle of the highest order’, Edward Lear

After half a century of communist dictatorship, and the initial turmoil of the post-communist years, the recent years have seen Albania’s tourism industry experience impressive growth. Among the main factors contributing to this phenomenon, have been foreign investments, the know-how gained by various businesses through the years, as well as a shared belief that tourism can become the new most powerful engine of the Albanian economy.

IntoAlbania Project (www.intoalbania.com)
When it comes to foreign investments, a significant amount of funding has been given by main foreign donors to NGOs to finance projects related to tourism. One such project is IntoAlbania, financed by the United States Agency for International Development (USAID) and the Embassy of Sweden. Its mission is to support tourism development by implementing digital technologies and an authentic tourism model to connect tourists with the best of Albania’s culture, heritage, nature and authenticity while contributing to the development of local economies.

An important part of the project was the development of a modern online platform that could keep tourists updated with all relevant information about Albanian tourist destinations, its cities, museums, natural parks, bars, restaurants and more. Since its launch in 2018, it has become the leading tourism website in Albania, thanks to its up-to-date content, high-quality pictures, articles from local and foreign contributors and other important functions, such as e-commerce, digital maps and booking options. The platform also keeps track of all new and interesting events happening all over Albania.

Readers can make use of all the functions also through an IntoAlbania mobile application. The app is a modern and practical on-the-go solution for the Albanian tourism market.

Another important important goal of the project was the creation of a digital infrastructure for Albanian museums. Unfortunately, the majority of Albanian museums were designed in the late 1940s, just after the end of World War II, and the technology they employ hasn’t been updated since then. The first intervention by IntoAlbania was made at the prominent National Iconographic Museum, ‘Onufri’, located at the UNESCO World Heritage city of Berat. This intervention had a focus on the implementation of a multi-language audio-guide digital infrastructure to be used by the museum’s visitors. Thanks to the intervention, it is now possible to use an audio guide in four different languages: Albanian, English, Italian and German.

The implementation of the audio guide system can make it easier for tourists to get in touch with the rich story of this place. The audio content of the guide for Onufri Museum makes it possible to hear through well-studied text, music and other sound effects, the story behind the museum and its unique icons. Orpheus, a global company of digitalisation consultants, led the content creation for the text, music and sound effects.

Why Onufri?
There were many reasons why the Onufri Museum was selected as the pilot location for this intervention. The museum bears the name of the 16th century Albanian master painter, called Onufri, who left a rich legacy of iconography in the country. The museum, located inside the Cathedral of the Assumption of St. Mary, contains an immense collection of 1,500 objects collected from Albanian churches and monasteries, from which 173 carefully-selected artefacts are displayed for public viewing.

The iconostasis, created in 1807, the most astonishing part of the interior of the church, is considered one of the greatest accomplishments of the 19th century Albanian woodcarving masters.
While many churches, mosques and other religious objects have been destroyed since Albania was proclaimed an atheist state by the Communist regime, ironically this church managed to survive through a government decision to create a museum inside it. Thankfully, the beauty of the church and its iconostasis, is something that Albanian and foreign tourists can still experience.

From the seven ‘purple codices’ of the world which survive today, two were found exactly under the apse of the church. The two old Gospels have been named ‘Beratinus 1’ from the 6th century and ‘Beratinus 2’ from the 9th century, and according to the UNESCO official site ‘represent one of the most valuable treasures of the Albanian cultural heritage’. For this reason, they were included in UNESCO’s Memory of the World Register in 2005.

In the future, the implementation of new technologies will continue in other national museums, featuring various innovative solutions, such as 3D, touchscreens, immersive digital experiences, immersive multimedia installations, etc. so come to Albania and see for yourselves – I promise it is getting more and more accessible!

Inesa Sulaj is a Cultural Heritage Expert and has a particular interest in museology. She is currently working at Creative Business Solutions Organization, for the IntoAlbania Project. She can be contacted at: inesa.sulaj@cbs.al.