The managing directors are the legal representative (Board of Directors) of the Association and are personally liable for the conduct of their responsibilities. They authorise coordinators to undertake tasks on their behalf. The current managing director of Interpret Europe is: 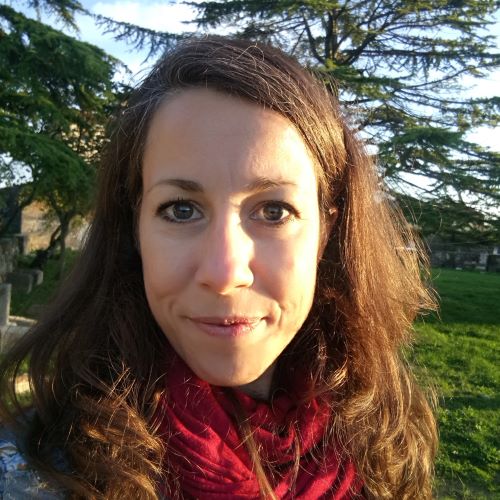 I have been one of the directors since 2020 and now act as a sole managing director. I manage an international team of dedicated colleagues who take care of Interpret Europe’s members and programmes.

I’ve changed professions several times in different sectors since I graduated in history in Ljubljana in 2006. I worked in tourism as a tourist guide and as manager of a tourist information centre. I also went to Ireland for several months to gain some more experience in tourism. For several years I worked on rural development projects. In 2010, just by coincidence, I volunteered in Interpret Europe’s Foundation Assembly as a member of Young Project Managers. I believe it was the first time I’d heard of heritage interpretation. Ever since, my interest has been growing. The initiators of heritage interpretation in our country became my main source of inspiration and after some years I decided to follow my desires rather than the rational encouragement of having safe jobs.

Meanwhile, I initiated the establishment of Red Tree Heritage, a private NGO for heritage interpretation and sustainable development in Slovenia and opened up HVConsulting, my consultancy and training business. Besides running IE courses and workshops, I’ve been collaborating in planning for interpretive media production and copywriting.

I’m completing a postgraduate diploma in Interpretation: Management and Practice, at the University of Highlands and Islands in Scotland.

My inspiration and dedication to Interpret Europe is growing day by day, by seeing other inspired colleagues around Europe trying to achieve wonderful things together. Heritage interpretation has the power to change society and Interpret Europe has become recognised as a driving force of a new approach and philosophy in communicating common values. My wish is to continue to foster and encourage the fast development of the profession for the shared future of Europe.

Our structure and bodies