Welcome to our new Supervisory Committee 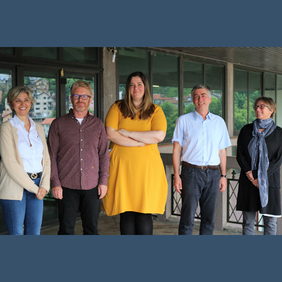 Patrick Lehnes was involved in our organisation from the very first moment. He initiated the founding of IE as a network in 2000, became managing director after IE was established as an association and held this office until 2015. Since 2017, he has been IE’s Cultural Heritage Coordinator.

Dragana Lucija Ratković Aydemir joined IE in 2014, when the IE conference took place in Croatia. In 2016, she became Country Coordinator Croatia. At that time, IE had seven members from Croatia, today they number 147.

Alexander (Sandy) Colvine came to know IE during the project, HeriQ – Quality in Heritage Interpretation. He was first involved through the organisation member APARE, then he himself joined IE in 2017, and became IE Outreach Coordinator in 2018.

Jelena Močević was one of the keynote speakers of IE’s Spring Event 2017 in the Czech Republic. She joined that same year and became IE Country Coordinator Bosnia and Herzegovina in 2018.

Andrea HÃ¼bner was involved in the KÃME team that organised the IE conference 2018 in Hungary. She joined IE in 2019.

At its inauguration meeting in Sarajevo, the Supervisory Committee elected Patrick as Chair and Jelena as Vice Chair.