Tracing out new paths for our communication

In January 2016, the IE communication team held a meeting in Austria. The main goal of the meeting was to define communication objectives and resources for the year 2016, focusing on the communication plan running up to the conference in May. As a result, a new list of goals and responsibilities was set up, to be distributed as tasks among the members.

From 15 – 17. January 2016, the IE communication team held a meeting in Admont, Austria. The meeting was hosted by Markus Blank from the Gesäuse National Park, which kindly supported the team’s endeavours by providing its conference room and technical equipment.  Other participants were Thorsten Ludwig and Katja Winter from Germany and Kaja Antlej and Dijana Pita da Costa from Slovenia.

The main objective of the meeting was (while keeping in mind two key strategic goals of IE for the period 2016-2020) to define communication objectives and resources for the year 2016 focusing on the communication plan running up to the conference in May.

The following tasks were discussed and defined:

– what other people are needed in the communication team and for which roles,

– IE’s existing communication channels and how to approach the new channles (such as social media),

– how to promote IE training and how to approach the target  audiences.

During the meeting these tasks were attributed to the existing members of the communication team and remaining tasks and needs for personnel to carry them out were defined. Volunteers were identified for, and accepted the roles of, technical officer and social media editor.

Meanwhile, candidates for the position of  Editor-in-chief of the Newsletter and the Editor-in-Chief  of Website are yet to be found.

As for the corporate design, it was agreed it is neccessary to prepare a corporate design manual and strengthen the presence of the colour orange in the design. The tasks  of optimizing the logo and preparing it in different versions, uploading the corporate colours and fonts to the cloud and uploading a PPT template were distributed.

The most time and energy was spent to define a corporate members initiative. Attracting  companies to the conference and winning them as corporate members is crucial to the future of the network and also for increasing IE’s income and for finding potential sponsors. Therefore three approaches to achieve this goal were discussed:

· to approach members to promote the initiative in their own countries with the help of a promotion kit.

· to focus on attracting companies especially from the following regions: Netherlands, Belgium and France.

· to develop a message tailored for companies to tell them about the value they get for attending the conference.

The tasks of collecting the addresses from companies and preparing the text for the initiative were distributed.

Internal communications were also discussed. The pros and cons of existing channels (our website and  newsletter) were explored and the idea of spreading IE’s presence to other channels, particularly social media was debated. The goal of this action would be to raise the awareness of the organization and its work and to possibly develop contact with  new audiences. Tasks distributed included:

· the optimisation of the website’s categories,
· creation of the pages on Facebook and LinkedIn and
·creating a template for sending html emails to the members.
·Due to limited resources it was decided that brief pieces of information/articles which can be archived on the website and therefore directly linked-to  were preferable to a comprehensive quarterly newsletter pdf.

A considerable amount of time was also dedicated to the topic of the promotion of IE training and approaches to get closer to target audiences. New ideas came up. The first was to develop an online training course and the second, to organise regional interpretive trips to provide focus outside of the annual conference, with the purpose to further connect members, and to attract new members. Tasks distributed were:
·creating a proposal for a pilot study trip,
·creating an IE Press kit and promotional material,
·finding a sponsor and
· focus on student population as one of the target audiences.


As all members arrived to the meeting very well prepared, many ideas came up during the brainstorming. All the topics from the list were adressed, and a new list of goals and responsibilities to be distributed as tasks among the members was set up.

As mentioned earlier, the website and newsletter need to be edited properly, thus, a member willing to dedicate him/herself in order to contribute to the mission of the organization is needed. If you are interested, contact: [email protected]

Dijana Pita Costa is an archaeologist and a doctoral candidate in Heritage Studies in Ljubljana, Slovenia. You can get in contact with her via: [email protected]. 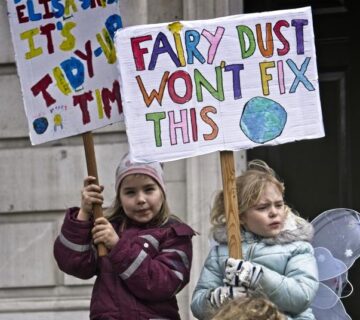 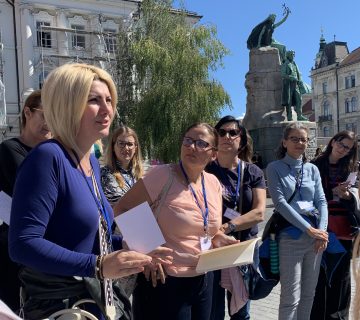 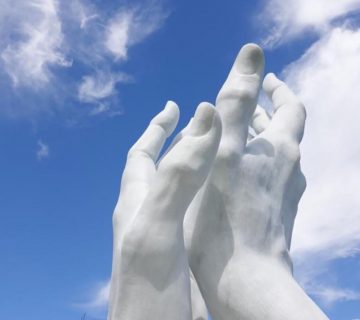