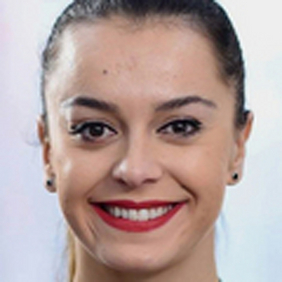 I was born in Lisbon, Portugal, where I lived with a father from an inland rural village in mainland Portugal and a mother from an island of the Azores, in the middle of the Atlantic Ocean. I spent all my childhood incredible vacations going back and forward between father’s village and mother’s island.

I studied Applied Biology at Lisbon University and finished my degree working at the Oceanography Department of the Azores University in 1999, when I chose Faial Island to live. In 2000 I switched willingly from marine research to tourism and worked in whale watching companies on Pico and Faial islands for a couple of years. At that time, I decided to pursue the field of education, and went for the degree of Teaching in Biology and Geology, which I finished in 2005.

By September 2005, I started working on Pico Island with the regional environmental NGO, Os Montanheiros, which is dedicated to the management of caves and natural heritage awareness. There I coordinated the services for environmental education on Pico Island (named Ecoteca do Pico), working on several international projects and more local ones, such as the awareness of local schools about the 2004 World Heritage designation by UNESCO of the Vineyard Culture Landscape of Pico Island.

In 2008 I obtained a Post-Graduate certificate in Nature Conservation Management from the Azores University and then in 2011 I was invited to be the Coordinator of the Environmental Education Department of the newly created public company for Nature Conservation Management of the nine Island Natural Parks of the Azores, where I worked until 2014. I started working directly for the Azores Government, in the Services for Nature Conservation and Environmental Awareness, based on Pico Island. Here I became even more interested in heritage interpretation, since I started being a trainer for the courses of Azores Natural Parks Guides, which I did since their first introduction, in 2015.

Since 2012 I have been a volunteer member of the educational staff of the Azores Geopark, a UNESCO Global Geopark and also of the NGO, Os Montanheiros, where I have been the president of the Pico group since 2017. In both I focus on geoeducation for schools and for tourist companies.

I love communicating, teaching and helping people to create connections between nature and local culture. I am even the co-author of the book, A historia do Zeca Garro, a children’s book where the main character is a Cory’s Shearwater, a migratory protected marine bird species. I am always looking to improve myself and learn new tools, and this was how I found Interpret Europe. As an IE Country Coordinator I am very excited to find new members for our network and help spread the message of this great approach on first-hand experiences for visitors and finding deeper meanings in heritage.
I am a cultural heritage expert with an architectural conservation background gained in London. I also have a diverse experience in various projects of conservation, restoration, adaption, management and interpretation of archaeological sites, listed buildings and historic houses. In addition, I am experienced in preparing conservation plans for historic areas as well as for museums. My attention to providing physical and content access to disabled people, and fire and health safety provision for the community, ensures that every project I work on is done to the highest possible standard.

I have been working with the organisation, Cultural Heritage without Borders (CHwB) Kosovo, since January 2012. I have drafted the conservation, interpretation and management plans for the Castle and the Hammam in Vushtrri as well as for Prizren Fortress. In addition, I have coordinated the conservation plan for Vushtrri Historic Center, Prince Claus Fund emergency intervention projects and the emergency programme implemented in 50 buildings in Kosovo. I have worked on the interpretation of the Museum in Gjilan and Dragash, the regeneration of a historic street in Prishtina and I am currently managing the research and publications platform at CHwB Kosovo. I also work as a cultural heritage guide for a Catun tour operator.

Prior to working at CHwB Kosovo, I was a freelance architect with nine years of experience in architectural design and I also worked at the Ministry of Environment and Spatial Planning in the permits sector. I am a PhD candidate at the Technical University of Vienna as well as an active member of the International Council on Monuments and Sites (ICOMOS).