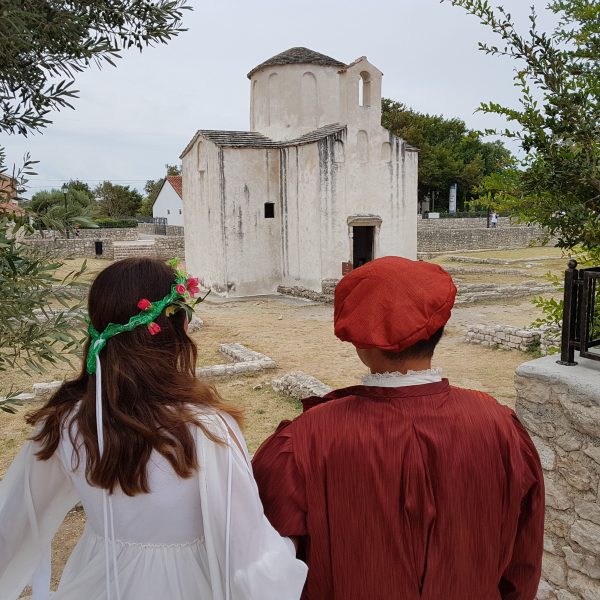 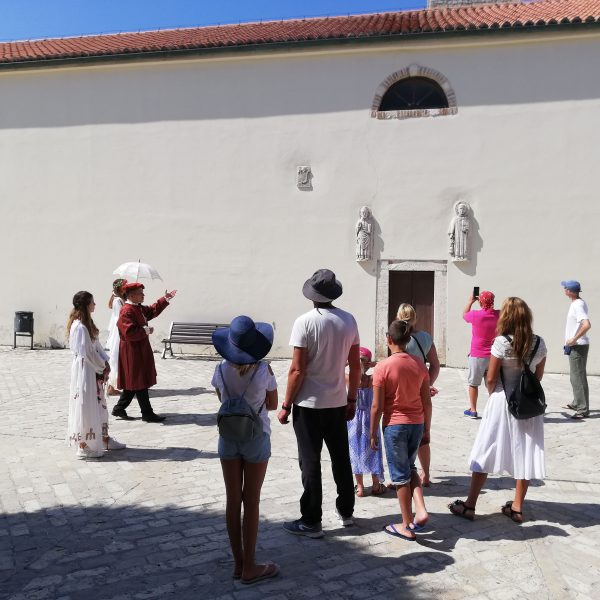 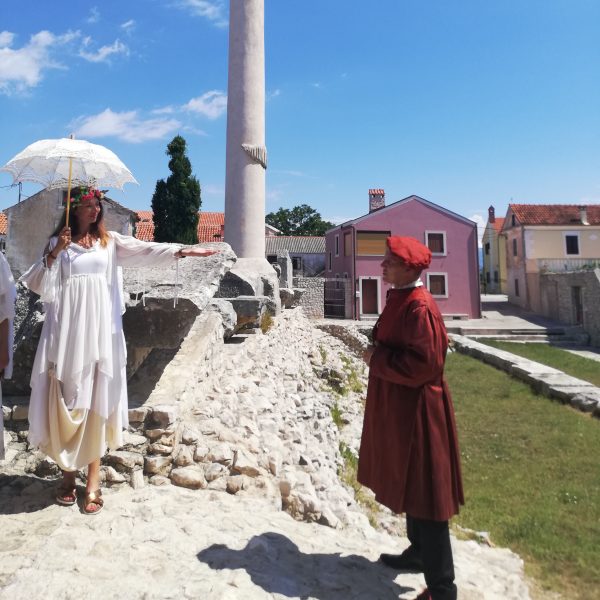 The annual awards for quality, inventiveness, and creativity in tourism, ‘Simply the best’, arrived in the small Croatian city of Nin.

The award was established in 2009 and is jointly awarded by UHPA (Association of Croatian Travel Agencies) and the specialist tourist magazine, Way to Croatia. There are six categories: Catering; Events; New projects; Travel agencies; Special recognitions for contributing to the development of tourist destination; and Person of the Year.

The Tourist Board of Nin was the winner in the category of new tourist products in tourism. The award was received for the living history project, ‘Follow in my footsteps’ (Slidite stope moje’), which was a series of free costumed tourist tours of the royal city of Nin, delivered in 2021. The tours were experienced through the role-play of the poet Petar Zoranić Ninjanin (performed by IE certified interpretive guide Ivica Škriljevečki) accompanied by the Villa Hrvatica (performed by tourist guide Lores Kučaić Bobić, who joined the IE CIG course in March 2022).

During the Covid-19 pandemic, the tours had to be carefully organised, with extra safety measures. A selection of tours were performed pre-season and post-season as well as during the main season. Scenes from the Croatian novel, Mountains, were perfomed in several places.

The quality of this living history programme as a new tourist experience was recognised by tourism professionals.

Tourist employees from the Nin Tourist Board, the director of the tourist board, and the tourist agency ‘Nin turizam’ participated in the business part of the annual gathering of the Tourist Exchange PUT, which aims to meet the bearers of supply and demand for tourist services and present the content and news in tourism.

The challenge for the Tourist Board of Nin was to interpret history in a new way and supplement it with important and little-known data. The guide poet Zoranić usually took off his hat and bowed theatrically to the group with the words: “Welcome to my city of Nin – a city of turbulent past and beautiful present.”

On 7 June in the year 879, Duke Branimir received letters from Pope John VIII in the town of Nin, which was interpreted as the first international recognition of the Croatian state. The tourists during the interpretive walks had the opportunity to see various points of national heritage: the church of St. Anselm – the first cathedral in Croatia; the sacral heritage within the Parish Treasury of St. Anselmo, including reliquaries with the powers of Nin’s heavenly protectors; the globally famous Judas coin; the ring of Pope Pius II and other valuables. Inside the church, the visitors saw the miraculous statue of Our Lady of Zečevo and got acquainted with the church tradition of Nin saints dating back to the Apostles. A monument to Gregory of Nin with an interpretation of the turbulent historical period and the struggle to preserve the Glagolitic alphabet was a must-see.

During the tours, the groups also visited the Museum of Nin Antiquities, the remains of Roman buildings from the 1st to the 6th century, including the remains of the largest Roman temple on the eastern Adriatic from the 1st century. The guides performed and the guests gathered to listen to stories of the history of the city. It was great to get the recognition of the award and know that this programme was ‘Simply the best’.

Marija Dejanović holds a degree in history and works as a director of the Tourist Board of Nin. She is also a licensed tourist guide for Zadar County. She is the author of the first monograph book of Nin in three languages, and co-author of two editions of the manual, Birds of the Nin Lagoon. You can contact her at: [email protected]. 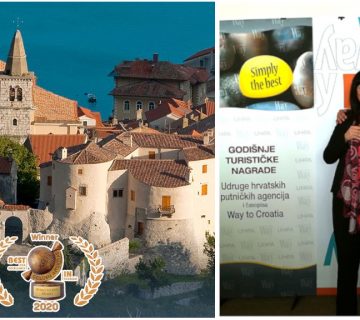 From interpretation to recognised excellence