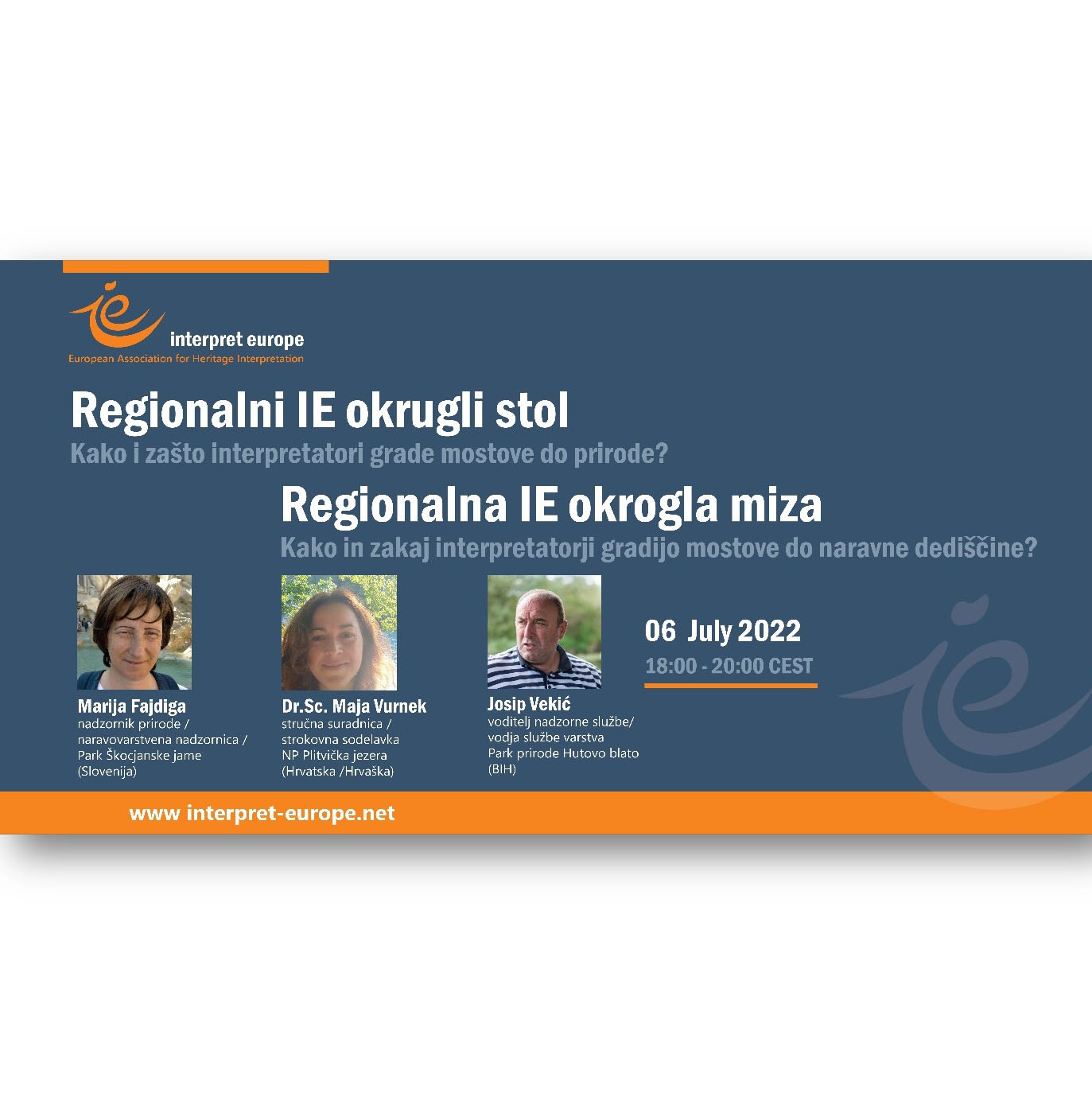 Members from Slovenia, Croatia and Bosnia and Herzegovina joined together online to discuss heritage interpretation and nature.

As a result of a joint collaboration between IE’s country coordinators for Slovenia (Marijaliza Fajdiga), Croatia (Andrijana Milosavljević), Bosnia and Herzegovina (Edo Mešić), together with Vida Ungar (IE’s natural heritage coordinator) and Samia Zitouni (IE’s former webinar officer), the first IE regional round panel was organised. It was also the first time that Slovenian, Croatian and Bosnian were used as a working language for event like this. Inspired by climate change and sustainability, the main topic for this online event was: How and in which direction is heritage interpretation building connections with nature? and the event attracted attention from other countries as well, including North Macedonia.

Our panellists were: Marijaliza Fajdiga, park supervisor from the National Park Škocjanske Jame (Slovenia); Maja Vurnek, specialist biologist and ecologist from the National Park Plitvička Jezera (Croatia); and Josip Vekić, head of the supervisory service from the Park Hutovo Blato (Bosnia and Herzegovina). Due to professional commitments, Mr. Vekić had to drop out at the last moment and Edo Mešić stepped in, as IE’s Country Coordinator Bosnia and Herzegovina. Our moderators were: Vida Ungar and Samia Zitouni.

Maja Vurnek started by introducing everybody to the activities that major international organisations, like UNESCO, are conducting in order to promote sustainability and protect our environment. She then explained that, prior to the Covid-19 pandemic, the National Park Plitvička Jezera faced the problem of too many visitors, which had a huge effect on the environment. This problem was solved with the introduction of an online ticketing system. Additional steps were taken in the form of establishing corporation with schools around the country.

Marijaliza Fajdiga mentioned that, just like Croatia, Slovenia is also participating in various programmes organised by UNESCO. In Slovenia, there is a high level of general awareness of the importance of protecting natural heritage. Besides government agencies, there are a lot private NGOs who work very closely with the State and other parties. Through her presentation, we had an opportunity to ‘experience touring around the park’ in a virtual world, and we learned that the National Park is working very closely with the European Union by participating in EU projects saving endangered species.

Edo Mešić then made a short introduction about environmental protection in Bosnia and Herzegovina. There are certain issues that need to be addressed in order to achieve better and more efficient protection. Bosnia and Herzegovina doesn’t have a huge number of visitors like Croatia and Slovenia so the protected areas are not experiencing the same problems of overcrowding from tourists. In the last few years, local authorities have made some positive steps in order to protect natural heritage in this country. Of course, there are a lot of things that must be done in order to meet European regulations, but the most important step has already been taken. Government agencies and NGOs should work even closer with the local people and primarily with schools and universities.

After the three presentations, a panel discussion was opened. Attendees were invited to share their opinions and ask questions. Some interesting issues and problems were tackled during the discussion. The event ended with the message that professionals from these countries – Slovenia, Croatia and Bosnia and Herzegovina – should seek and establish closer ties and that environmental protection is not just of local importance, but of global importance too. Here’s to more future collaborations!

Edo Mešić is IE’s Country Coordinator Bosnia and Herzegovina. He can be contacted at: [email protected]. 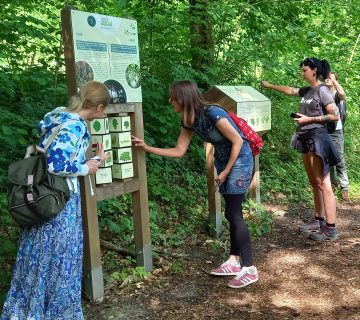