Heritage interpretation in the Czech Republic

The article explores how the field of heritage interpretation has developed in the Czech Republic in the new millennium and what are the current topics, issues and plans.
The first strong impetus for heritage interpretation methodology development in the Czech Republic came in 2001 when James Carter provided a series of training sessions followed by the translation of  A Sense of Place into Czech by Ladislav Ptáček. The Partnerstvi Foundation was behind the training in an effort to improve the quality of heritage interpretation on which its grant money was spent. Special focus was given to the involvement of communities in the interpretive planning process. This unfortunately led to the impression that interpretation was mainly about community planning and lessened its role in visitor and heritage management. A narrowed field of sight is always a challenge in small countries with individual languages and a limited community of experts.
The EU structural funds provided an opportunity for boosting heritage interpretation. Thousands of information panels were erected, myriads of folders and brochures published. The most costly interpretation projects were the constructions of visitor centres in national parks and protected landscape areas. The Czech Agency for Conservation and Landscape Protection (responsible for nature conservation on most of the country’s territory) formed in 2009 a special workgroup on visitor centres that included two non-agency representatives – Michal Medek and Tomáš RÅ¯ička. They managed to turn the initial shock that millions of Euros are assigned to projects without any criteria guaranteeing quality interpretation delivery into their own EU funded project.
Three training sessions for visitor centre managers took place in 2010/11, visitor research was conducted at sites where visitor centres were planned and methodology on heritage interpretation was published. Its texts were turned into the first comprehensive Czech handbook on heritage interpretation in 2012. A lot of inspiration came from the Scottish University of the Highlands and Islands’ postgraduate course on Interpretation: Management and Practice. Since 2014, Michal Medek has taught a one-semester, three-euro-credit course on Heritage Interpretation at Masaryk University in Brno.
Meanwhile the Czech Association for Heritage Interpretation was established in 2011 by handful of enthusiasts. Its members meet once a year to exchange ideas on news in the field of interpretation, do a field study trip and vote for the interpretive deed of the year. At the moment there are about 20 members. The association received funding for further development of the field in the Czech Republic. Nine days of training sessions for visitor centres staff took place in October and November 2015. For 2016 we plan the establishment of a web portal with reviews of books, peer-reviewed articles, examples of good practice and links to valuable online interpretive resources. Model interpretive planning processes will take place leading to methodology that could be used by the Czech Ministry of the Environment in development of heritage interpretation.
In August 2016 we plan a summer school of interpretation in partnership with Interpret Europe. This will be great opportunity to meet some of you in the diverse landscape of the Moravian karst. 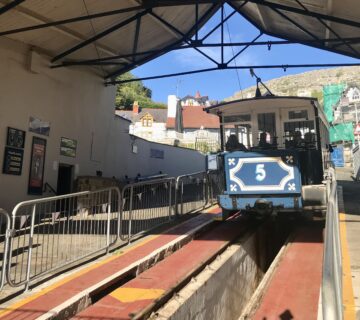