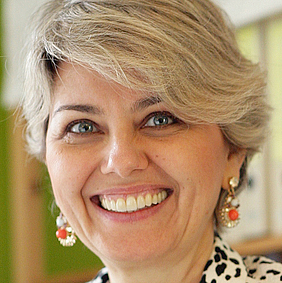 Dragana was born in Zagreb, Croatia, in 1969.
Having finished studies at Zagreb’s legendary Educational Centre for Culture and Art, Dragana enrolled in the study of comparative literature and art history at the Faculty of Humanities and Social Sciences in Zagreb. She was employed at the Institute for the Protection of Cultural Monuments at the Ministry of Culture in Zagreb, and then in Poreč (Istria), where until 2004, she worked on the safeguarding of cultural heritage. In 1997 she was awarded a six-month UNESCO scholarship for professional training in the field of the conservation and restoration of cultural assets in Poland.
In 2003, after the successful installation of a permanent exhibition of sacral heritage in Rovinj’s Franciscan Monastery, the Town of Rovinj (Istria, Croatia) employed her for the House of Batana’ project. She successfully led this project until 2013 and it became the first ecomuseum in Croatia. This project was a turning point in her work and served as a case study for professional training at the Marcel Hicter Foundation in Brussels. In this European programme of education, she gained a European diploma for management in culture and cultural tourism in 2005. She also established Croatia’s first specialized boutique company for management in culture and tourism.  This company, called Muze d.o.o/ Muses Ltd, has a special emphasis on heritage interpretation and presentation.
In 2009 she was elected as the president of Association of Mediterranean Maritime Museums (AMMM) whose centre is in Barcelona (a four-year mandate), and from 2010 the UNDP in Croatia employed her as an expert advisor for ecomuseums in the Coast project. Since 2012 she has been managing a pioneer project of interpretation and presentation of nature consisting of 30 investments in nature parks and protected areas in the Republic of Croatia, financed by the World Bank.
In 2016 together with Darko Babić and Vlasta Klarić, and colleagues from her company Ivana Jagić, Mirna Draenović and Iva Klarić, she initiated the establishment of the Croatian Association for Heritage Interpretation Interpretirajmo Hrvatsku / Interpret Croatia, where she holds the position of vice-president.
She is a member of various professional associations such as Interpret Europe, ICOM, ORACLE and EMH.
www.muze.hr
[email protected]