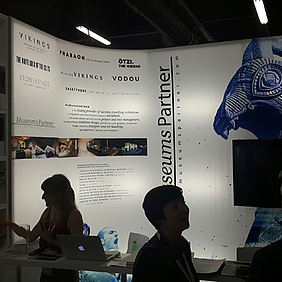 From July 3-9 2016, ICOM had its triennial conference in Milan (Italy) attended by 3,500+ museum professionals from all over the world. It was a celebration of the world’s heritage and museums.

From July 3-9th 2016, ICOM (International Council of Museums) had its triennial conference in Milan (Italy) at the MiCo Milano Congressi. This was attended by 3,500+ museum professionals from all over the world. ICOM (http://icom.museum/) has more than 36,000 members, museum professionals or museum associated workers from 5 continents, 119 National Committees, 30 International Committees, 5 Regional Alliances and 21 Affiliated Organisations.

ICOM Milan triennial meeting succeeded the last which was held in Rio de Janeiro (Brazil) in 2013, while the next will be in Kyoto (Japan) in 2019. The main theme of Milan 2016, was "Museums and Cultural Landscapes" and, alongside the general programme based on this theme, all 30 ICOM’s International Committees had their separate meetings/ conferences.

The ICOM 2016 Milan general programme was endlessly rich, bringing on stage key-note speakers such as famous artist Christo, who shared his understanding of the role arts have in contemporary society and heritage. Also speaking was a Nobel laureate, Orhan Pamuk, who created the (now already famous) Museum of Innocence in Istanbul, which represents a perfect symbiosis between museology, literature and cultural landscapes. Other notable persons included David Throsby, Professor in the Economics Department of Macquarie University in Sydney and internationally acclaimed as one of the inventors of cultural economics; the honourable Professor Nkandu Luo, Minister of Gender and Child Development from Zambia and celebrated Italian architect, Michele De Lucchi. While none of the above mentioned names are well known as experts in heritage interpretation, all of them discussed different aspects of the roles heritage has in contemporary society and, accordingly, they all spoke more or less directly about heritage interpretation. It may have been art, sustainable development or creative economies; it may have been health or urbanisation and historic cities; it may have been landscape or human well-being (and the last was always present), but even when not explicitly stated, it was obvious that interpretation was at the core of everything.

Another part of the conference was the very content-rich Museum Fair & Expo Forum, where numerous examples of the new technologies for museum/ heritage interpretation were demonstrated. In addition, there was a large number of special museum/ heritage visits in Milan and its surroundings organised for ICOM Milan participants. These trips always included added extras and insider-views not available to regular visitors. To name just few of the 20+ offered: an exclusive concert and visit to Milan’s Doumo; a reception and visits to the Castello Sforzesco including the new display of Michelangelo’s PietÃ  Rondanini and Leonardo’s newly restored frescos; the Brera Palace and exclusive visits to  Leonardo’s the Last Supper and, with a more modern theme, a visit to the  iconic Fiat Lingotto Factory building in Torino, which Le Corbusier called as "one of the most impressive sights in industry" and "a guideline for town planning".

As previously mentioned, all 30 ICOM’s International Committees had their separate meetings/ conferences in Milan where interpretation was directly or indirectly addressed. In the context of Interpret Europe, it is worth mentioning that as part of the ICOM-ICTOP (ICOM’s International Committee for Training of Personnel) programme, the EU funded In-Herit project (of which Interpret Europe is a partner) was presented with great interest and gained a very positive reaction from the audience.

Darko Babiæ is Assistant Professor of Museums & Heritage Studies at the University of Zagreb, Croatia. He is acting Chairman of The ICOM Croatia, of the Interpret Croatia and member of Supervisory Committee of the Interpret Europe. He is active in ICOM (foremost ICTOP) & ICOMOS (ICIP). He can be contacted on dbabic@icom-croatia.hr