What has been cooked in Croatia – Interpret Croatia 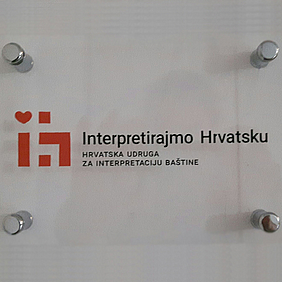 This development is very positive and I sincerely (as a personally involved and interested worker) applaud Interpret Europe for it. Particularly since Europe, as anyone who is operating on a European scale knows, is not always the easiest context in which to work. There are language barriers, there are mentality barriers (fictional or real), there are economic and social discrepancies and so on. These barriers are not only within the European Union but within the wider Europe, as defined by the council of Europe (a definition Interpret Europe tends to embrace). These challenges (if they are challenges at all – we could see them more as opportunities; in diversity we are united and stronger), offer a unique opportunity to lobby for, to analyse, discuss and, from time to time, to criticise (if needed) existing practices and theory concerning heritage interpretation in Europe (and beyond), as well as those with a regional, or national setting.

Sometime during and between the 2012 Interpret Europe Conference (in Pisa, Italy) and the 2013  conference (Sigtuna, Sweden), focus was put on an idea of setting up/ creating national heritage interpretation organisations under the umbrella of Interpret Europe. Part of the challenge was, and still is, the existence of some well-established heritage interpretation organisations (older than Interpret Europe) on the European continent, e.g. the UK based AHI (Association for Heritage Interpretation). However, in the majority of Europe (whichever definition of the continent you choose) such organisations do not yet exist or, if they do, do not have the same level of influence as the AHI has in the UK. Putting aside here situations in other countries (which will be reported on in future editions of this newsletter) we are coming close to the title of the article.

What we want to gain is basically simple but at the same time is so important. Our aim is to put heritage interpretation on the national agenda – to become recognised and discussed in any (natural/ cultural) heritage project implemented in Croatia. This will be for the benefit of all Croatians (locals) who truly possess a wonderful heritage and as well for all global citizens who share it and recognise it as such. It may be a small step for a global (European) development of heritage interpretation, but is a very important one for us in Croatia – if all others would do the same, where no similar national organisations exist, we would be much stronger in defending our case, we firmly believe in it.

Darko Babić is Assistant Professor of Museums & Heritage Studies at the University of Zagreb, Croatia. He is acting Chairman of Interpret Croatia and a member of the Supervisory Committee of Interpret Europe. He is active in ICOM (foremost ICTOP) & ICOMOS (ICIP). He can be contacted on [email protected]