Could heritage research contribute to the social justice? 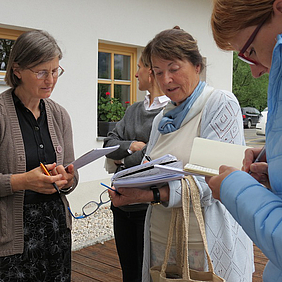 It is widely accepted that heritage interpretation could serve society and contribute to the positive change in the behaviour of individuals. Advocates of the so-called ‘action heritage’ and the authors of the reviewed article do not strive so much towards the protection of the resource, as they are about to empower individuals, preferably from the socially underrepresented groups. Their aim was to use heritage research as a tool to engage communities and offer guidance towards social justice.

Academic researchers from a wide range of disciplines from the University of Sheffield (UK)invited different community organisations to conduct research on different heritage phenomena. Participants got access to the resources and tools and knowledge and were equally regarded as community-based researchers.

The organisers assured that everyone’s ‘voice was heard and respected’ and that barriers between experts and community-based researchers were blurred. The main aim of the activity was to involve participants in the ‘process of discovering, learning and producing new understanding about their past’. Open-endedness of the outcomes enabled them to contribute according to their own interest and to produce meaning most relevant to each individual.

After the research, interviews with participants were conducted in order to collect qualitative data.

Three organisations are presented as case studies. The residents of a homeless youth hostel were asked to find out about the past times of the hostel’s building and make a scrapbook as a result. The second focus group were school children, who investigated local history through the literature and archaeological excavations, and all that was recorded and edited in a short film. In the third group of participants, an association of local history enthusiasts conducted research on the past social life and civil associations in the town. Although the research activities produced relatively little new knowledge about heritage sites, the final evaluation emphasised the importance of participants’ personal engagement with heritage and self-acknowledgement as researchers. They found the activity relevant to them personally as it helped them to question their own histories. Due to the inclusiveness of the activity, they felt a sense of belonging not only to the team but, most importantly, to society in general.

The research itself was acknowledged as undisciplinary, since the science itself had a minor role in the process and the participants were encouraged to take a lead. However, a voice of reason might argue that any participatory and democratic process could cause the feeling of belonging, and that ownership over the outcomes bring a higher self-esteem and motivation for further engagement. Is heritage as a means any different? Could it provide a link between individuals and society in general? These questions were only partially answered by the authors. They emphasised that the shift from the heritage which was always considered as a ‘stable and uniformed’ concept, towards the heritage which allows for different interpretations and personal meaning making, tackles identity-related issues. Unfortunately, the evaluation of the durability of this change and continuity of the personal development or the influence of this personal change on the wider society after the project finished, was not possible due to the time and financial constraints.

The article that was reviewed is:

Helena Vičič from Slovenia is an IE Certified Interpretive Guide Trainer and heritage interpretation consultant. She studies interpretation at the University of the Highlands and Islands (UHI) in Scotland, UK. Helena volunteers as part of the IE Research Team, under which this review has been written. She can be contacted at: [email protected].