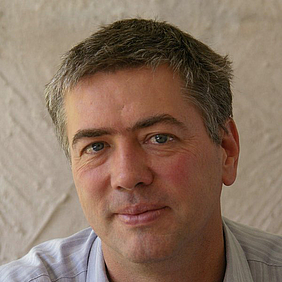 It was back in 1995, during holidays with my family at Snowdonia National Park in Wales: We came across simple leaflets which presented heritage sites in a much more inspiring way than what I knew from Germany.
Curious to find out more, I went to the Park’s head office and was directed to the ‘interpretation unit’. This was the first time I heard about ‘heritage interpretation’. This changed my life.
That happened when I had just concluded my studies of geography and biology at Freiburg University. I stayed there as a researcher and carried out pilot projects in the German Black Forest to test the interpretive approach for rural tourism destinations. EU funded projects on quality criteria for heritage interpretation provided opportunities to work with international partners.
In 2002, I founded an interpretation consultancy as a spin-off on the university campus. Besides projects ‘at home’ I worked as a trainer and mentor for masterplanning and implementations in various European countries between the Mediterranean, Baltic and Caspian seas. It was exciting to collaborate with local project teams in different cultural contexts. It was also the time to take part in NAI’s Certification courses as a Trainer for Interpretive Guides (CIT), Interpretive Hosts (CIH) and as Interpretive Planner (CIP).
Together with my wife Bettina and some international colleagues, I prepared the founding of Interpret Europe, which finally happened in 2010. As Executive Director, I was then responsible for its development during the first five years. Preparing our annual international conferences, especially the study visits to various heritage sites in different European countries, was one of the most inspiring experiences.
Questions of what various cultural backgrounds can mean for interpretive meaning-making roused my interest in the philosophies that underlie heritage interpretation. This involves discussion of our role as interpreters within plural European societies.
Patrick can be contacted at: [email protected]
To cite this article:
Lehnes, Patrick (2017) ‘Patrick Lehnes is IE’s new Cultural Heritage Coordinator’. In Interpret Europe Newsletter 2-2017, 23.
Available online:
www.interpret-europe.net/fileadmin/Documents/publications/Newsletters/ie-newsletter_2017-2_summer.pdf