A New European Agenda for Culture: What’s in it for heritage interpretation? 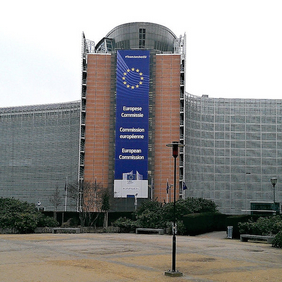 Some weeks ago, the European Commission published its New European Agenda for Culture. It replaces the first one which had guided the EU’s policy framework in the field of culture for the past eleven years.

Last February, the Commission organised a stakeholder consultation meeting in Brussels in the course of the preparations for the New Agenda for Culture. I took part in this meeting as a representative of Interpret Europe. The Commission had prepared a number of questions, which were posed to (about) 35 participants. Everybody had the opportunity to answer or give a brief statement of no longer than two minutes in each round. I highlighted the opportunities of heritage interpretation to promote the EU’s core values based on Interpret Europe’s ‘Engaging Citizens’ study.

In May, the New European Agenda for Culture was finally published. It has been drafted in challenging times for the EU: ‘Emerging from a severe financial crisis, Europe faces growing social inequalities, diverse populations, populism, radicalisation, and terrorist threats.’ Furthermore, rapid change in technology and digitisation are transforming societies and lifestyles. Against this backdrop, the role of culture is considered ‘more important than ever’.

The New European Agenda for Culture states three strategic objectives regarding the social and economic dimensions and external relations. It covers the whole cultural sector, which also includes the arts and creative industries as well as heritage. However, each of the strategic objectives relates directly or indirectly to heritage and interpretation (see bold, by me):

1    Social dimension – harnessing the power of culture and cultural diversity for social cohesion and well-being
a)    Foster the cultural capability of all Europeans by making available a wide range of cultural activities and providing opportunities to participate actively
b)    Encourage the mobility of professionals in the cultural and creative sectors and remove obstacles to their mobility
c)    Protect and promote Europe’s cultural heritage as a shared resource, to raise awareness of our common history and values and reinforce a sense of common European identity

2  Economic dimension – supporting culture-based creativity in education and innovation, and for jobs and growth
a)    Promote the arts, culture and creative thinking in formal and non-formal education and training at all levels and in lifelong learning
b)    Foster favourable ecosystems for cultural and creative industries, promoting access to finance, innovation capacity, fair remuneration of authors and creators and cross-sectoral cooperation
c)    Promote the skills needed by cultural and creative sectors, including digital, entrepreneurial, traditional and specialised skills

It appears a bit odd that promoting arts, culture and creative thinking has been subsumed under the economic dimension. The explanation stresses the link between education and participation in culture and the importance of ‘Cultural Awareness and Expression’ which is one of the eight transversal key-competences recognised at the European level. Here, the agenda refers to the ‘Cultural Awareness and Expression Handbook’ which was published by the Commission in 2016. This handbook, however, makes a strong point that, in the first place, arts/cultural education [encompassing heritage interpretation] is ‘for its own sake, which means acquiring cultural and artistic competences as an essential dimension in the development of a whole person’ (self-formation/’Bildung’) (p. 23). At the same time, cultural education can – and normally does – also contribute to social, economic or other educational purposes. This handbook is very valuable to put the political Agenda for Culture into perspective.

The New Agenda mentions two cross-cutting actions. One of them is ‘protecting and valorising cultural heritage’, the other one is Digital4Culture. Heritage Interpretation is probably one of the most important means of valorising cultural heritage. The New European Agenda for Culture remains rather vague in terms of concrete actions. But there are two announcements which will translate the general policy framework into more concrete actions and funding:
•    Present an Action Plan for Cultural Heritage, and ask Member States to draft similar Plans at national level and follow up the ten European initiatives through the Council Work Plans for Culture
•    Propose to incorporate outcomes of the Year into future EU programmes and Cohesion Policy

Interpret Europe takes part in the Voices of Culture stakeholder consultations. We will raise the voice for heritage and interpretation – not only for the sake of our professional field, but also for a Europe with open-minded people who embrace the richness of cultural diversity.
Both, the New European Agenda for Culture and the Cultural Awareness and Expression Handbook, can be valuable sources of reference for those of you who write proposals for EU-funded projects at the interface of culture, heritage and education.

Patrick Lehnes is IE’s Cultural Heritage Coordinator. He works as a researcher at Freiburg University and as an interpretive planner and author through his company, Lehnes contexte. He can be contacted at: patrick.lehnes@interpret-europe.net.

Cultural heritage as a catalyst for positive change

Are you in need of some inspiration or would you like to exchange ideas about recreating tourism with other tourism professionals? Join us for a free online IE tourism initiative ‘Open doors’ session at the IE conference, on Monday 4 October, at 14.00 CEST.Get more information here 👇https://www.interpreteuropeconference.net/ie-tourism-initiative-recreating-tourism-through-heritage-interpretation-open-doors/#iecon21 #ieinitiative #RecreatingTourism #TourismInitiative ... See MoreSee Less

🔔Ringing the Bells for Peace & Heritage” initiative on 21 September 2021 at 12:00.Europa Nostra is now calling on owners and managers of heritage sites all over Europe to join this symbolic initiative and ring the bells at the same time👇docs.google.com/forms/d/e/1FAIpQLSccf7BDGfHQ9EfHNRRNFDJL8e2POXLqMQJZsVkbC23S5a17hg/viewform ... See MoreSee Less

“Ringing the Bells for Peace & Heritage”

To mark the UN International Day of Peace and the launch of the European Cultural Heritage Summit 2021 in Venice, Europa Nostra will undertake the “Ringing the Bells for Peace & Heritage” initiati...
View on Facebook
· Share

Doctors in Brussels will be able to prescribe museum visits as part a three-month trial designed to rebuild mental health amid the Covid pandemic. 👇 ... See MoreSee Less

Is empathy an emotion or a skill you can learn? Researchers in this field generally define empathy as the ability to sense other people’s emotions coupled with the ability to imagine what someone else might be thinking or feeling, all of which is closely aligned with what we try to achieve using interpretation.Click here to watch a replay of NEMO´s webinar on how to teach empathy in arts museums: www.youtube.com/watch?v=M7W8QaD36X0 ... See MoreSee Less

On 25 May 2021, the members of the NEMO Working Group LEM – the Learning Museum were invited to join a webinar focusing on teaching for empathy in arts museu...