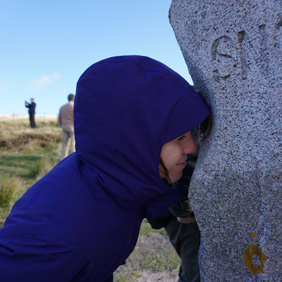 It was December 2017 when Interpret Europe and Europarc Federation announced their partnership for the European Year of Cultural Heritage (EYCH), focusing on the role of natural heritage to explore cultural identity.

The first two steps have already been made in spring this year and the third step was taken in the Cairngorms National Park, in Aviemore, Scotland, UK, during the 2018 Europarc Federation Conference, Inspired by the next generation, held from the 18-22 September.

Interpret Europe and Europarc Federation carried out a four-hour workshop titled, Natural Heritage and cultural identity: the role of interpretation. Participants explored the role of natural heritage in shaping people’s identity, with a special focus on young people. A question was asked: How can European parks enhance the connection between natural heritage and cultural identity. Some guidance and practical tips to develop this in the field of heritage interpretation were discussed among the participants.

The first case study approached the territorial identity debate in Spain that is fostered within the second edition of an annual event in which shepherding heritage shapes connections between old traditions and new chances for young people. The sense of belonging, capacity building development and a supportive community can bring new opportunities through heritage interpretation for youth.

And the second was about ancient Greece, where sea turtles were respected as iconic animals but this changed significantly during the 20th century when sea turtles were perceived as competitors by the fishing industry. Did young people manage to reconnect the turtles’ nesting grounds to the cultural identity of local people at Peloponnese? Did they manage to convince the older generation to reinforce their cultural roots linked to nature?

Along with the case studies, several activities and group work sessions were held, and the participants were asked to take a different look at what they already knew.

Many ideas and a lot of experience were exchanged, resulting from the efforts of Interpret Europe and Europarc Federation. The spirit of the workshop, in a few words was that: ‘We need to cross the borders of what we know, redraw the European map by giving it the colours of what connects us and rethink the strong role of the young generations we should have within our natural heritage and parks.’
Leaving Scotland along with an amazing experience in Cairngorms National Park, we take with us the strong revitalising breeze of the Highlands to work further on the role of natural heritage to explore cultural identity.

The results will now be summed up by Gaia Fermanelli from Europarc and then we will prepare to present the results of our cooperation to members of the European Parliament and the European Commission in Brussels.

Athina Tsekoura works in the environmental education field and can most often be found underwater. She is Interpret Europe’s Natural Heritage Coordinator and can be reached at: [email protected].