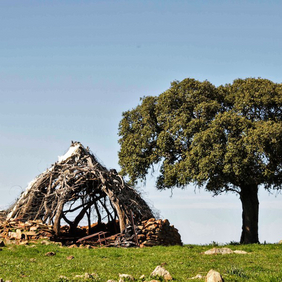 May a small, rural destination raise awareness of its heritage through a weekend festival? Maybe not at first, but identity and a sense of belonging should be sufficient to draw a map to preserve the heritage of traditions.

The so-called ‘migration of the shepherds’ is an example of preservation of tangible and intangible heritage. Many towns in rural areas of Spain are linked and shaped through the theme of ‘transhumance’ (the seasonal movement of livestock to different grazing grounds). They are also trying to deal with other social problems, such as population decline and a lack of admiration and gratitude for having kept alive a unique cultural and natural heritage. Nevertheless, are we taking all details into account to properly design and plan a strategy to increase self esteem around those phenomena that shape identity? We may not be sure of all actions, but we will be firm believers in the core values of those actions by management responsibles.

Recently, Italy submitted a proposal to the UNESCO list of intangible cultural heritage for its traditional herding of livestock along migration routes. Before that, during 2017, the Spanish Government approved the seasonal migration of shepherds, known as transhumance, as intangible heritage.

Transhumance has its roots in the bowels of Iberian history. We suddenly became farmers. Then we turned into hunters and gatherers. The great magnitude of such an imprint has converted towns into mirrors of its inhabitants’ identity: their evolution as a society, shaping the landscape, creating customs, specific languages, unique gastronomy and folklore, to name just some of the traces. Moreover, to a large extent, what does this mean? Their heritage is related to the land, was born in the heat of the rocking herds, the foremen, the shepherds, dogs, paths and their pilgrimage.

Paths always go far beyond their primary utility: transporting things – or, in this case, flocks – but also allowing human exchange of culture, ideas, rites, as well as customs. In short, transhumance is a communication channel and a collective exchange of human experiences that are translated into meanings: a meeting point, dialogue and fusion of European culture. They have a value in forging the Iberian culture in general and a European network in particular.

As part of our culture, our societies are in a constant state of change. Therefore, some new approaches within sustainable tourism development are building up strategies to preserve old traditions while promoting them throughout new promotional guidelines. We can name them ‘awareness actions and neighbourhood mobilisation’ around their heritage. That is the case of a small rural town in Castilla-La Mancha, Spain, in the Natural Park, Valle de Alcudia y Sierra Madrona. It is the ‘migration of the shepherds and ecotourism festival’ which takes place each May. A three-day event full of activities related to heritage.

There are many events around Spain that celebrate similar events with only one aim: universalise their heritage and keep it alive. Such initiatives oriented to support the development of the community through recreational activities related to their heritage are only a small example of how to reinforce the image of a town and position a destination whilst preserving its heritage. A room where territorial identity debate is fostered, as well as the sense of belonging to a group. Values and sustainable lifestyles are also encouraged.

New paradigms for sustainable tourism development: taking old traditions as the backbone of a whole plan and testing the response of stakeholders towards it. That brings one idea to my mind: we might consider, when introducing new actions within a tourism plan, if our ‘ideal’ stage for the shared heritage is built up from a range of fixed actions aligned with the locals’ identity, not harming the normal development of the community from which it originated. In the above mentioned example, more and more stakeholders are demanding their portion of participation, not only shepherds, but also schools, artisans, restaurants, social non-profit organisations, etc.

The second idea that arises: the plurality of stakeholders participating in an event, the theme of which is ‘local heritage’, reflects the will to promote a diverse participation and enrich the vision of local development with initiatives of common interest.

Heritage in rural areas as a resource for developing schemes is increasing in popularity. A large number of examples can be found throughout Europe, such as the above mentioned one that relates migration of the shepherds with tourism and heritage sustainable actions. Those examples share one thing: they are leading to positive results. Those responsible for heritage may remember the ground for positive actions via fostering values among all levels of society.

Nuria Mohedano is a Sustainable Tourism Specialist working as a consultant for destinations and small companies. She is the IE Tourism Coordinator. She can be contacted at: [email protected]