Why we need a clear stance in interpretation 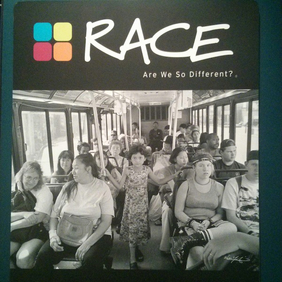 Multivocality – representing multiple perspectives on a heritage aspect – is often used in an attempt to deliver neutral interpretation. Since we cannot actually provide neutrality, we must state clearly where we stand.

Multivocality is increasingly becoming accepted practice in heritage interpretation. However, some believe that such multivocality means being as nearly neutral as is possible. The idea behind this view is still that neutrality is the goal we are trying to achieve in interpretation in the first place.

It is not. It cannot be our goal, for two reasons. For one, neutrality in any guise is an illusion. We as individuals, and the historically evolved institutions we work at, always have a bias. Our bias may not be intentional. It may be tied to an inescapable fact about ourselves, like class or race, which we have not chosen. And still, at least for the time being, this fact puts us in a different and likely privileged position in relation to other people. Pretending that we can achieve neutrality through including other voices is therefore to mask the reality of inequality in our society, and the power relations that underpin it.

The second reason why neutrality, if it did exist, could not – and should not – be our goal is because the cultural institutions that use interpretation have a duty to be agents in our societies. That museums, for example, should make an impact has been part of the idea of museums since they first opened their doors to ‘educate’ the public. Now we’ve taken this further, to aim for and claim impacts, such as social inclusion and justice, delivered not in the least through interpretation. These impacts, however, cannot be achieved through a supposed neutrality. As Holocaust survivor Elie Wiesel said in his acceptance speech for the Nobel Peace Prize in 1986, ‘Neutrality helps the oppressor, never the victim’ (Wiesel 1986).

However, if we take a stance, does that not pass judgment on all other views we present in multivocal interpretation? For all I have laid out above, my answer is, No. On the contrary: by positioning ourselves we achieve much-needed transparency. Transparency is about being honest and taking the democratic exchange of views seriously. We no longer pretend that our own bias does not exist and did not influence our selection and presentation. Rather, by positioning ourselves we go some way to acknowledging our bias and making it possible for others to challenge us on it.

In doing so, we also give more credit to all other perspectives that are being presented. This creates an environment that is better suited to real debate, for positioning ourselves within the interpretation provided signals that much of what people see, read and hear are expressions of different perspectives on reality. Our perspective is but one of those.

And so we come full circle. In clearly giving our perspective, we are also taking that first necessary step toward action within society and toward having an impact. We are clear about what we stand for and what changes we would like to affect. This may initiate a healthy debate or it may give guidance to others. Either way, it is the logical consequence to the realisation that neutrality does not exist.

Nicole Deufel is a founding member of Interpret Europe and Vice President for Strategy for ICOMOS ICIP (The International Committee on Interpretation and Presentation of the International Council on Monuments and Sites). She holds a PhD in Heritage Studies and works as Head of Museums at the City of Oldenburg in Germany.