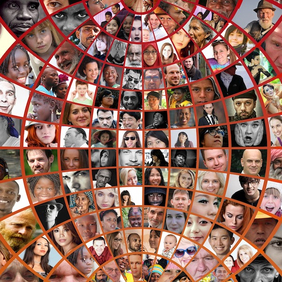 Two of my colleagues have recently returned from the last of the training weeks that are part of The Promised Land project on inclusion of refugees and migrants through cultural practice. One of them reported on a method of facilitation that was used throughout the week, which she called ‘Deep Democracy’. She described it as a powerful tool to bring awareness to the project group and increase their sense of unity. I was intrigued.

A brief search on the internet brought me to this definition by the Deep Democracy Institute: ‘Deep Democracy is the experience of a process of flow in which all actors on the stage are needed to create the play that is being watched.’

I belong to the school of thought that understands heritage as fluid and in a constant process of change negotiated between different actors and environmental and contextual factors. You may see, then, why this definition of Deep Democracy immediately struck a chord with me.

The Institute’s website continues to explain that, ‘Deep Democracy [fosters] a deeper level of dialogue and inclusiveness that makes space for all people … as well as all various and competing views, tensions, feelings, and styles of communication – in a way that supports awareness of relative rank, power, and privilege, and the potential of these forces to marginalize other views, individuals, and groups.’

In other words, Deep Democracy as described here is an agonistic practice. You may have seen my review of Chantal Mouffe’s concept of ‘agonistic public spaces’, where views that are generally obscured by the dominant consensus are made visible, and conflicting views presented and given room. I have suggested that interpretation should be agonistic in this sense, and that it should aim to make visible the wider representational dynamics in society and history.

Agonistics provides the philosophical foundation for such an interpretive approach. Since writing that first blog post about agonistic heritage interpretation, I have thought about different methods to turn the theory into practice.

Deep Democracy seems just one such method that is perfectly suited to agonistic interpretive practice. In an article on Bringing Deep Democracy to Life, Amy Mindell, whose husband, Arnold, coined the concept of Deep Democracy, explains that Deep Democracy is rooted in process-oriented psychology. She suggests that each process has an inherent wisdom. This wisdom, however, can only manifest itself when all experiences brought into the process are allowed to unfold and become visible. A group also has a process, and this is at the heart of the idea of worldwork. It applies process-oriented psychology to a group, effectively trying to make visible all group members’ experiences in the process. This avoids that feelings and experiences remain active in a hidden field, which nonetheless will have considerable influence over the outcome of the group process.

The central aspect here is awareness. From what I understand, this is often an awareness of body signals as a key to underlying feelings, but also an awareness of language and content. Much as in Bhabha’s idea of the ‘Third Space’, in which the progress of modernity is halted and shown as staged, in Deep Democracy as a method of facilitation the process is stopped to further explore these signals and make visible what they stand for.

In so doing, Deep Democracy also examines the different roles that people inhabit, often unconsciously. Mindell points out that people don’t necessarily always stay in one role even during a conversation, but that they can change roles also. This gives fluidity to a process which, if consciously employed, can unlock its creativity, for example toward moving an issue forward.
However, like agonism, Deep Democracy does not believe that conflict can or should always be resolved in order for people to live together successfully. Rather, it accepts conflict as natural and finds a way to move on constructively in mutual respect and with empathy nonetheless.

Nicole Deufel is a founding member of Interpret Europe and formerly Vice President for Strategy for ICOMOS ICIP (The International Committee on Interpretation and Presentation of the International Council on Monuments and Sites). She holds a PhD in Heritage Studies and works as Head of Museums at the City of Oldenburg in Germany. She can be contacted at:  nicole@nicoledeufel.com.

This article was previously published on Nicole’s blog, Thoughts on Heritage Interpretation and Management: https://nicoledeufel.com/2019/05/26/deep-democracy-as-agonistic-interpretive-practice/