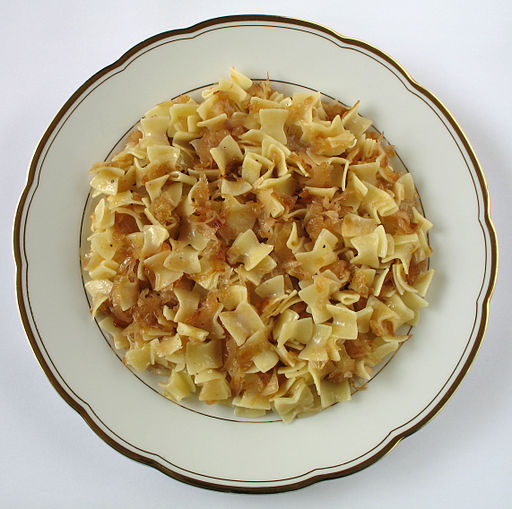 Interpretive lessons learned from an old Austrian tale – and if it whets your appetite, read on for a recipe!

Does anybody know of Friedrich Torberg? Austrian critic, sportsman, raconteur, journalist, and novelist. His mother Hungarian, his father Czech; Jew and anti-fascist; writer of the ‘Schüler Gerber’ and translator of the satirical works of Ephraim Kishon. His writing combines irony, elegance and a turn of phrase that was the hallmark of German-language writing pre-WW2, and in my opinion has never been achieved again ever since. He stands in a proud tradition with Karl Kraus and Joseph Roth, Polgar, Molnar, Herzmanoswsky-Orlando – his writing the scalpel to Thomas Bernhard’s sledgehammer … much more could be said, but this piece isn’t about Central Europe and its literary achievements in the earlier part of the 20th century.

Full of wit and wisdom, one of his best works is the hilarious and bittersweet farewell to the bygone era of 1920s and ‘30s central Europe: ‘Die Tante Jolesch oder Der Untergang des Abendlandes in Anekdoten’ – ‘Aunty Yolesh or The fall of the Western world in anecdotes’. There is one story in particular that springs to mind. It describes the spectacular success of the eponymous aunt’s Krautfleckerl, a classic Austrian pasta dish (it is delicious – there’s a recipe below if you would like to try it). Whenever it becomes known that, say, for the coming Sunday, she is planning to cook the all-time favourite, unexpected relatives, friends and neighbours announce their visits, and make their pilgrimage from the furthest corner of the Austro-Hungarian Empire to her Vienna home; turning up unexpected, uninvited, hungry. Asked about the secret recipe she only smiles, knowingly. And had she been English, she would have probably tapped her nose – becoming impatient, when pressed too much.

Finally, she succumbs to old age and sickness, and takes to her deathbed. Her family assembles around her bed, inconsolable, already in mourning. Her favourite niece takes a heart and approaches her cautiously and dares to ask the question in everybody’s mind: the recipe! Isn’t it time to preserve that invaluable culinary legacy? To pass it on to the next generation? And so she finally asks the question: What is the secret of her famous Fleckerl?

Aunty Yolesh rises one last time in her bed: “The secret is…” she whispers, gasping for breath: “… the secret is: I’ve never made enough!” Typical of many of Torberg’s stories, this is an unexpected twist.

And when you think about it, there is a lesson here for all of us. Because it is a simple, and a brilliant concept: always to leave a little bit of appetite unsated, an empty space to be filled, a yearning to be fed. Let the imagination do its bit. Thus creating a memory of something remarkable.

Especially valid in our time, where we – until now at least – have been getting used to instant and complete gratification. Where (almost) nothing is left to the imagination anymore, where borders are persistently pushed further and further, and limits only exist to be smashed. Where everything is available at every moment. Where we are protected, guided, safe and mollycoddled in every instance of our daily lives. Told what to do, what to think, what to feel, what to say.

This applies to our work as well, to the exhibitions and displays we develop. To be clear, I am far from saying, let’s skip all this. After all, this is what we do; and I am no fan of the ‘let it speak for itself’ school of thinking: that’s just laziness. But there is an argument to be had that we let go of the visitor’s hand … just a little bit: I am sure we’ve all had that experience, where we sometimes wonder about the strange behaviour of visitors when they enter our sites, how they seem to switch off completely, get lost, lose all common sense – and while we feel we need to step in, in reality this is partly our fault, because we do too much of what we do:

To me, this approach holds an immediate attraction: to leave some space for imagination, for initiative, to whet the appetite for more, to provoke thought and discussion. There is appeal in keeping things slightly mysterious: it can support that process that is so dear to us interpreters, personal revelation. And, like Tante Jolesch’s guests, to create an indelible memory of something special, and to come back for more.

But that’s (not quite?) enough from me.

Recipe for Krautfleckerl (not quite enough for 2 people)

250 g square pasta (Austrian Fleckerl, Italian Quadretti or Polish Lazanki are all fine – if not use Farfalle or similar)
Small head of white cabbage, shredded
Lardons to taste
A knob of butter
Salt & pepper for seasoning
1 tsp caraway and ground paprika for that authentic Central European flavour
1 onion
2 gloves of garlic for more flavour

Melt the knob of butter with the garlic and onion, stir in the caraway and paprika, and once softened, add the shredded cabbage and the fried lardons. Season and leave to cook until it is nice and soft (but not too soft). Add the boiled (al dente) pasta. Add a bit of the pasta water and leave it to reduce for a bit.

Tip: for more flavour you can boil the pasta in a bit of stock. You can also add a bit of white wine to the cabbage mix (be careful not to overdo it), but leave it to reduce properly: you don’t want the mix too wet. I also always add a sprinkle of sugar to my dishes.

They say it’s better the next day, but I wouldn’t know, there’s never any left!

Dirk Bennett is the Exhibition Development Manager for Tower Bridge and The Monument in London, UK. Originally from Germany, he has been in the UK since 1994. He holds an MA in history and archaeology and has worked in the cultural sector for private and public bodies. He writes extensively for publications in the UK and Germany as a freelance author and cultural correspondent. He can be contacted at: [email protected].

To cite this article: Bennett, Dirk (2022) ‘A recipe for Lessismoreandmoreisless’ in Interpret Europe Newsletter 2-2022, pg.6