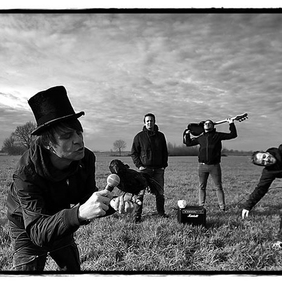 In Koprivnica, amongst other native heritage, a thriving music scene introduces us to the unexpected mix of poetry and rock.

Koprivnica is a small town in northern Croatia. It is the capital of the Koprivnica-Križevci county and about 1.5 hours from Zagreb, the capital. It is well known for the Podravka food factory, a Renaissance festival and Croatian naïve art. It is also well known locally for its rich music scene. In the late 1980s and early 1990s many great bands started to play, the most famous among them is Overflow, a punk rock band which began back in 1990. Their most famous characteristic is that they sing not in the native language, but in English. So far, they have released ten albums and singles.

In 2013, Overflow wanted to do something completely different – they decided to publish an album in Croatian language using poetry of a local poet. How did that happen? The leader of the band, Goran Živković Žika, is passionate about history, especially local history. He found some books written by Mihovil Pavlek Miškina, a Croatian poet, short story writer and politician. Miškina was born in Đelekovec in 1887 and was executed in a concentration camp in 1942, during WW2. He was well known as a member of the Croatian Peasant Party, and became famous for his poetry. His work usually embraced Socialist ideas and protested against injustice, and he was labelled as a ‘Peasant writer’. So he was some kind of a punk too. After Žika found the poetry book, he was amused with how the verses related to today. So he did something unexpected – and sang Miškina’s poetry in a punk rock style.

Overflow did an amazing job with Miškina’s poems, giving an appropriate note of anger and energy to his social verses, anchoring them in today’s environment. One of the most powerful songs from the album is Poverty (Bijeda in Croatian), which begins with the lyrics: “Ah, how terrible is to live in the countryside / when the field does not give fruit / the cattle are not fertile / overflow and drought / seduce patience / ah, how terrible is to live in the countryside” and it continues with the cry of: “no bread / no profit / no money / the foreclosure is getting ready”. The verses are still so relatable today, especially in the rural parts of Croatia, where people struggle to find a job and many of them leave for a better life and move to bigger towns and cities and even abroad.

Another pearl from the album is Disabled Song (Invalidova Pjesma in Croatian), in which Miškina’s unequivocal condemnation of war and sacrifice for a “higher cause” comes through, with striking and contemporary verses: “played the breeze in the field / chased my brother’s brother / ripped my grain ripe / into the barns of someone else’s war”, as if it were a denominator and for many of the present-day fates, and another number of immense musical power, explosive punk energy and conviction. On the other hand there is also a beautiful song called The song of the goldsmith of Međimurje, (Pjesma međimurskog zlatara in Croatian) in which verses repeat „Mi smo sretni ljudi, mi smo sretni ljudi, mi smo sretni ljudi“, which means „We are happy people, we are happy people, we are happy people“. And they are both so right – Miškina and Overflow! Blessed to have the passion and creative energy to create and interpret art and heritage for the next generation. All to make our world more beautiful.

If you are curious to hear how old local poetry sounds when interpreted through first-rate rebellious punk, you can check out their youtube channel: https://www.youtube.com/channel/UCzJO30nwgUS_MOuS-jHaw9Q  or Facebook page: https://web.facebook.com/overflowofficialband/ 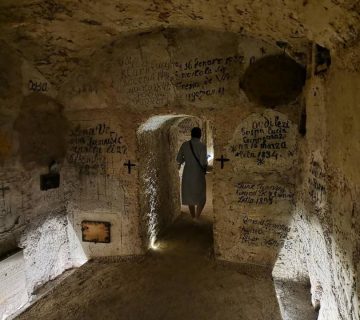 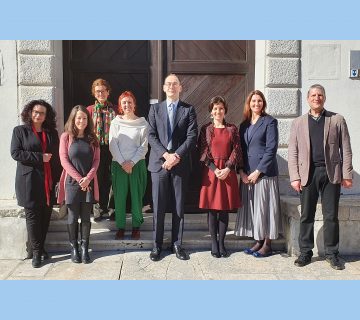 New steps for interpretation in Slovenia